“That’s why I loved standardized tests. If I wanted to beat The Man and get to the next level, I had to do it on paper.”  I tell them, “I filled in the circles, then a few weeks later, scores came in the mail. Then we went around to see who I was the smartest.” Truth is, I had friends way smarter than me who didn’t do well on standardized tests. That wasn’t the point, though. Beating the test was all that mattered. It was a badge of honor.

I learned something about test taking in college. I took a physics class with a friend who drank too much. He always came to class with a Big Gulp that wasn’t filled with soda. I had a large coffee because I worked the night before.

On exam day, he showed up happier than normal. It seemed he’d drunk and refilled his Big Gulp. He was ready for the exam.

“We have an exam!” I said. “You can’t show up like that!” He was ready for my objections.

“Scientific research shows you must take exams in the state and conditions under which you studied. That’s how you maximize your performance.” He was a football player. “Why do you think coaches always say, ‘Practice as if it were real?’ This is how I studied. I am replicating those conditions.”

He got an A. I was completely sober and knew more. I didn’t get an A. I’m not condoning this behavior. I’m simply observing.

We encourage kids to learn one way. We test them another.

Picture a standardized test setting. The room is serious. All posters have been removed. Teachers circulate the room. They are not allowed to talk, be nice, or smile. They must read the directions–and only the directions as written. They must watch to see that there is no cheating. There are rules about who can move, how and when to take a bathroom break, and what happens if a student gets ill and has to leave. There is certainly no music, engagement, or collaboration. Teachers are nervous–I once knew a teacher who was told she could lose her teaching license because she disposed of scrap paper incorrectly. Students know this is high-stakes. They’re nervous, too.

Now picture a good classroom–the type you’d want to be in or you’d want your kids to have.

An effective classroom is a classroom where students are engaged. Sometimes it looks like constructive chaos. Learning fills the room with such a buzz that when class is over, nobody wants to leave.

These classes have smiles, activities, discussions, changes in direction, variation in pacing and design, differentiation, students leaning over to help their peers. Everyone is learning.

The other day, one of my seniors came to class singing a song about the Plague we learned four years earlier. After four years she said, “Remember Fleas on Rats, Miss?” That’s an effective lesson.

We teach with energy, we teach to the crowd. They remember. They retain the skills. Engaging students is so important entire evaluation systems have been built around this. Our very jobs depend on engaging students.

We test them by making them read passages that don’t apply to their lives.

Last year, I tried to get through a sample PARCC exam. I’m the type of instructor and coach that doesn’t put my people through things I haven’t done.

I made some coffee. Violation one. Coffee is not permitted. Students do not get to bring refreshments into a standardized test.

I read the passage–something old and translated from Greek.  I’m not a Greek scholar.  I got bored, answered a work email and refocused. Violation two. If a student had so much as checked the time on an iPhone–something we do by habit–her score would have been instantly invalidated.  If a proctor had failed to see and report that, “Oh, she’s just checking the time, I know her,” the school could be at risk as well as the teacher’s license.

Violation three–my music in the background. Students who study best with music–science has proved this effective–must test in silence. Silence causes my mind to wander. I lost focus again.

I reread the question and passage. “What?” I’m intelligent–the chances of me not understanding a high school ELA test are low. “What is this guy saying?” The words blurred together and boredom held my neurons hostage. I have 1.5 grad degrees and I couldn’t power through the test.

I gave up. “Enough of this nonsense, I already have enough diplomas.”  I have the debt to prove it. I got more coffee, Violation 4, and put the experiment to bed, promising to do it another day. I have not done so since.

I thought back to my own standardized test days. I didn’t have to take tests to graduate. I did take PSAT, SAT, GMAT, GRE and a couple others. I always fell asleep. They were boring back then. They’re still boring today. The difference was they were elective.

I have fallen asleep on section three of every single standardized test I have ever taken. The tests are long. I breathed deep. I couldn’t get up and move around. No coffee–or in my high school days it would have been tea. I breathed deeper, deeper like a zen master, until the deep breathing evolved into sleep.

I’d wake up six minutes later–six minutes was the magic number. A trail of pencil traveled down a column. I’d wake, assess the damage, and do my best to catch up. Thankfully, I’m good at tests. Imagine if I was not?

The bottom line is this: we engage and energize students, preparing them for life, then we sit them down to questions on high-stake tests that disengage them with ambiguous answers written in a language nobody speaks–academic. This, I learned the hard way, writing tons of stuff nobody read.

The average news post is written on a sixth grade level. Most people read blog posts, feeds, and informational text, and video’s emerging as the medium of choice.  Yet we test with circle tests whose format hasn’t changed since the advent of the number two pencil.

We tested using gaming technology that kids actually use? We built tests into challenges, design thinking, and real-life situations?  We used the former high-stakes tests formative assessments showing where a student stands with the aim of improvement, not shaming or fear?

There are tons of arguments against creating a high-stakes environment in schools. “There are too many tests.” “Tests aren’t used appropriately.” “Tests take away from what teachers are teaching and force them to teach to the test.” “Certain groups of kids don’t test well and those kids are penalized.” “The tests aren’t relevant.” “Tests force districts to pay out when they could be funding band, sports, and other things for students.” I could continue.

Today, I’m not making any of those arguments. Today, I’m arguing one thing. Perhaps the tests aren’t even scientifically valid because we are testing students in conditions other than those in which they learned.

I’m sure there’s someone far smarter than me out there who’s an expert educational cognitive science. I’m not. I’m just a pretty successful person who falls asleep on section three of every single standardized test I take and was too bored to finish the PARCC sample questions.

Lucky for me, I’m good at tests, but maybe, just maybe, in today’s environment I’d be one of those students who’s labeled a failure, made to have remediation courses, or in some states, held back.

But if we don’t even test in the conditions in which we teach, are we measuring accurately?

The way I see it, we have two choices–make standardized tests fun, like our classes, or stand at the door with some translations of ancient Greek and a sheet with circles and a number two pencil day after day. That way, when the Big Tests come, students will be comfortable in that environment and good and ready to do their best.

Dawn Casey-Rowe is an educator in Rhode Island who is heavily involved with tech startups focused on educational resources.  She is a regular contributor to ConversationED, Edudemic and TeachThought.  Her blog is cafecasey.com. 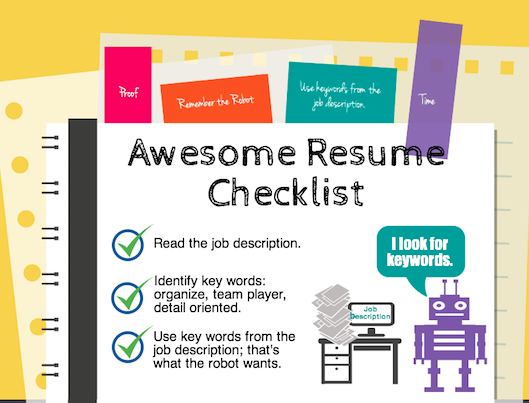